A dream trip to the Space Coast

From April 18 to 28, 2022 I traveled from Italy to the Space Coast, Florida, to view the launch of the Crew-4 space flight from Kennedy Space Center. I was with a group of good friends the Crew-4 crew member and ESA astronaut Samantha Cristoforetti invited as her guests. 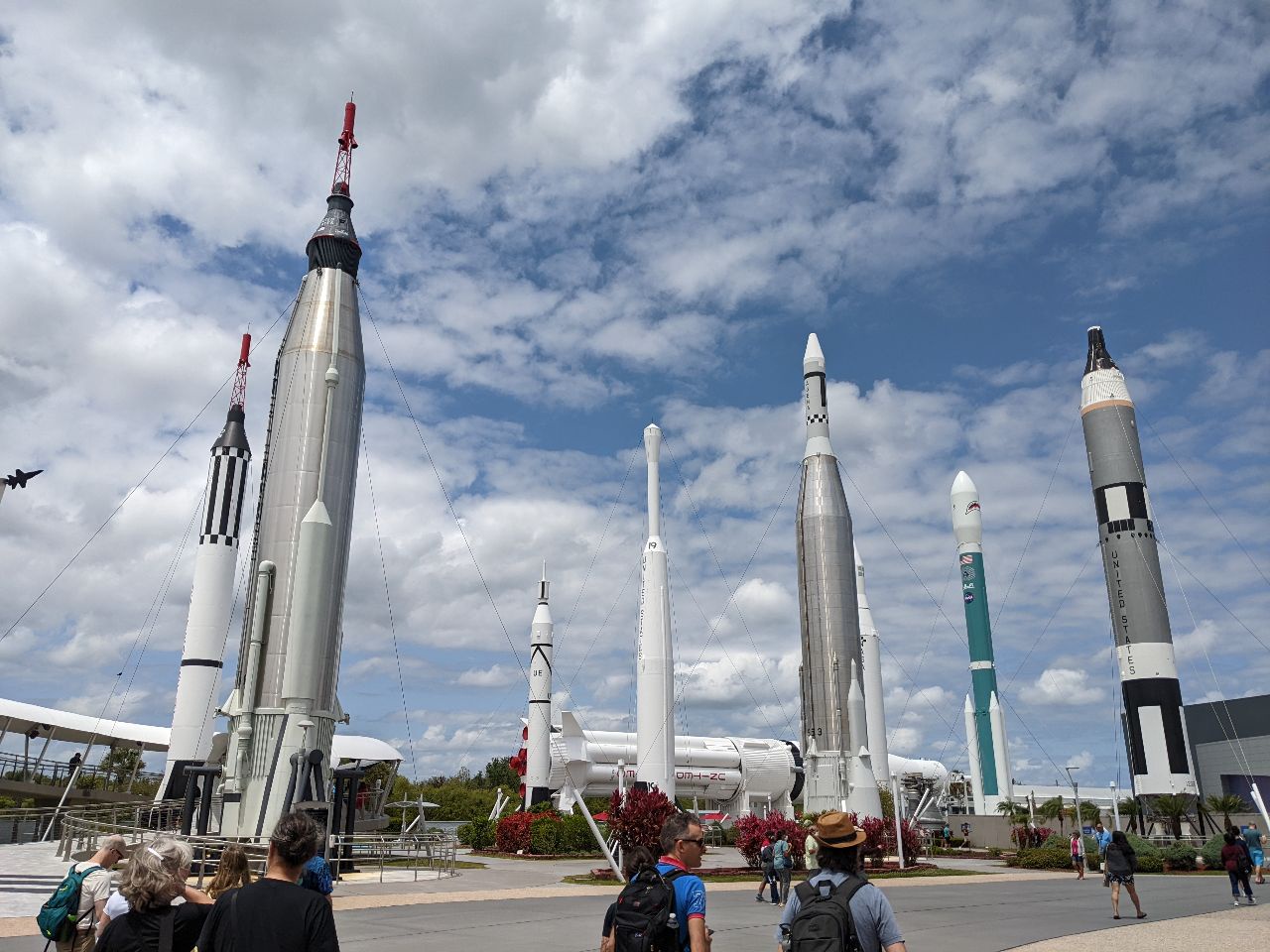 The odds of this once in a lifetime trip were against me.

A few weeks prior to the departure, my old mom was hospitalized and her condition raised some concerns. Also, the Crew-4 launch date kept slipping due to the delays of the higher priority mission Axiom-1, which made the margin of our stay grow increasingly thinner.

But we made it.

Not only did I join the trip and viewed Samantha's launch, but also made incredible experiences, visited great space facilities and places, and met wonderful people.

Thinking back to the trip, once more I want to go over the major things I saw and experienced.

Samantha's spectacular night launch on April 27 was the highlight of the trip.

The Falcon 9 rocket blasted off on a clear starry night. At the Banana Creek viewing site we managed to follow the booster in the sky through the second stage burn, and spotted the eerie reentry burn of the first stage heading for a landing on a droneship in the Atlantic ocean.

A few days earlier, on April 21, we had a lot of fun meeting Samantha and her crew less than half a chilometer away from her Falcon 9 rocket on the pad, at launch complex 39A of the Kennedy Space Center. It's the same historic pad where the Apollo missions left for the Moon.

NASA calls the experience “wave across the ditch”.

It's a traditional, intimate outdoor event where the astronauts meet the joyful crowd of their families and friends a few days prior to the launch. The quarantined astronauts remain half a dozen meters away from the guests.

In those days of April of 2022, the giant SLS rocket of the Artemis I lunar mission was on the pad at launch complex 39B for a wet dress rehearsal test. Our closest view was from pad 39A at the wave across event.

Speaking of giant space stuff, at the Kennedy Space Center Visitor Complex and nearby area we came up close with the Space Shuttle Atlantis orbiter, a Saturn V rocket, a crawler-transporter vehicle in motion, and the Vertical Assembly Building (VAB) we viewed from the press site.

The Starlink 4-14 launch and booster recovery

Prior to Samantha's launch, on April 21, we were lucky enough to score a bonus launch. We viewed the daylight launch from complex 40 of a Falcon 9 carrying the 4-14 batch of SpaceX Starlink satellites.

On April 24, the recovered first stage of that Falcon 9 booster was back at Port Canaveral where it had been hoisted by a crane. The following day we had great views of the recovered booster, the payload fairings, the droneship, and a support ship from both the ground and a helicopter ride. Amazing sights.

The Endeavour Dragon capsule of Axiom-1 finally splashed down in the Atlantic ocean on April 25, thus clearing Crew-4 for launch, and was carried to Port Canaveral aboard a support ship. The same day we went to the port for a quick look at the capsule and the ship.

There were other geeky space places we visited both at Kennedy Space Center, such as the Rocket Garden and the Heroes and Legends museum, and elsewhere. For example, we spent a lot of time at the American Space Museum in Titusville, and briefly peeked at a site near Cocoa where SpaceX did early assembly work on Starship prototypes.

The human side of the trip was as unique and rewarding as the space-related experiences.

We met Samantha and her family at private events; geeked out with other ESA and NASA astronauts; cheered with Samantha's guests at the launch; watched on TV with them and Samantha's family her arrival on the International Space Station; shared meals with friends who live in the area and work in the space program or are space enthusiasts.

Although the trip was unforgettable, we had a poor air travel experience. But we were incredibly lucky and ejoyed a fine weather despite the full Florida spring.

When in October of 2007 I viewed the STS-120 Space Shuttle launch at Kennedy Space Center, as a guest of the crew member and ESA astronaut Paolo Nespoli, I hoped I would live a similar experience again.