Using a Bluetooth keyboard on Android

A few years ago I bought a cheap Bluetooth keyboard from Amazon.it. At €14, it was mostly an impulse buy for exploring mobile typing on the go and similar settings, such as work stations with limited desk space. This is the device: 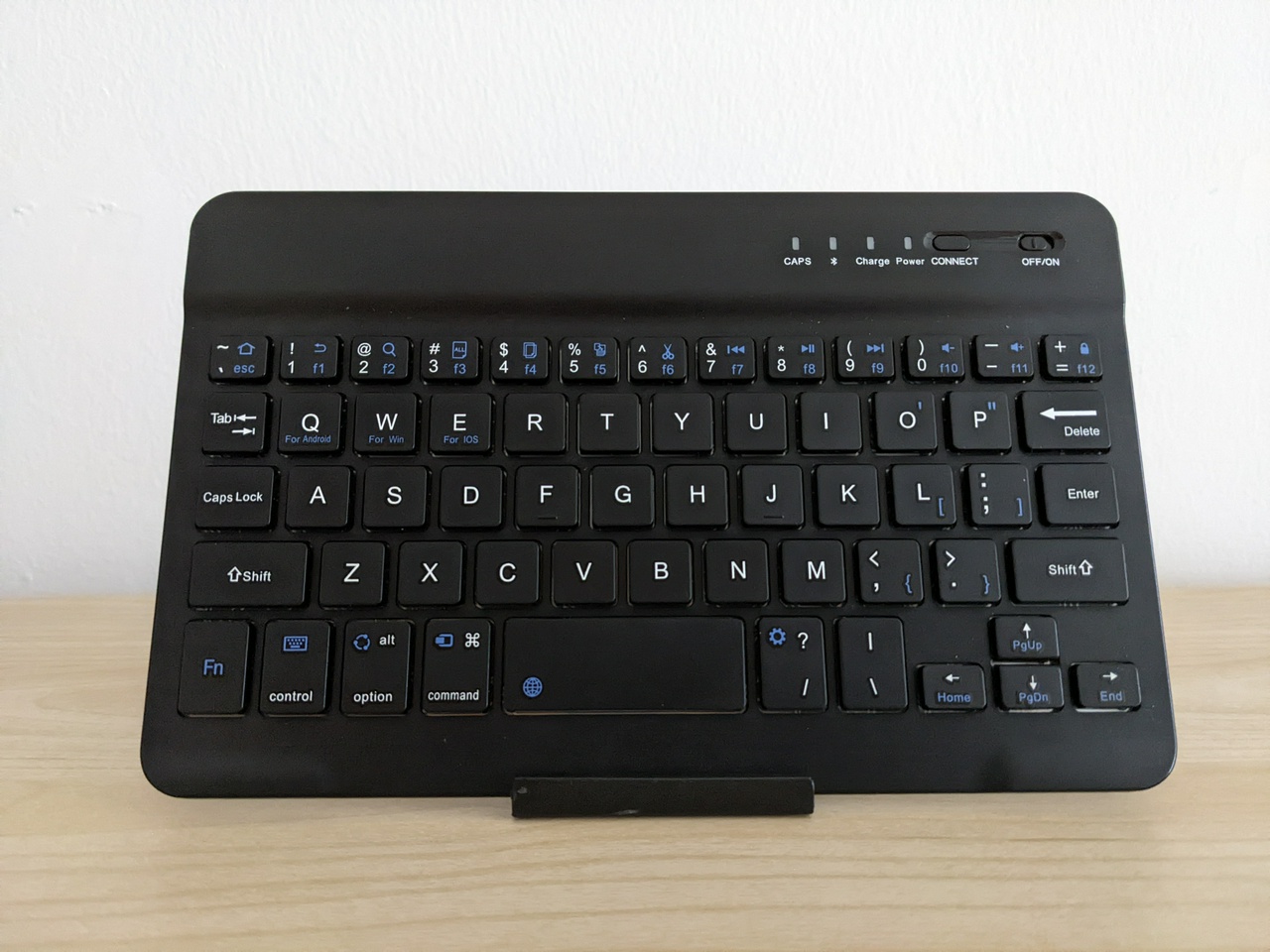 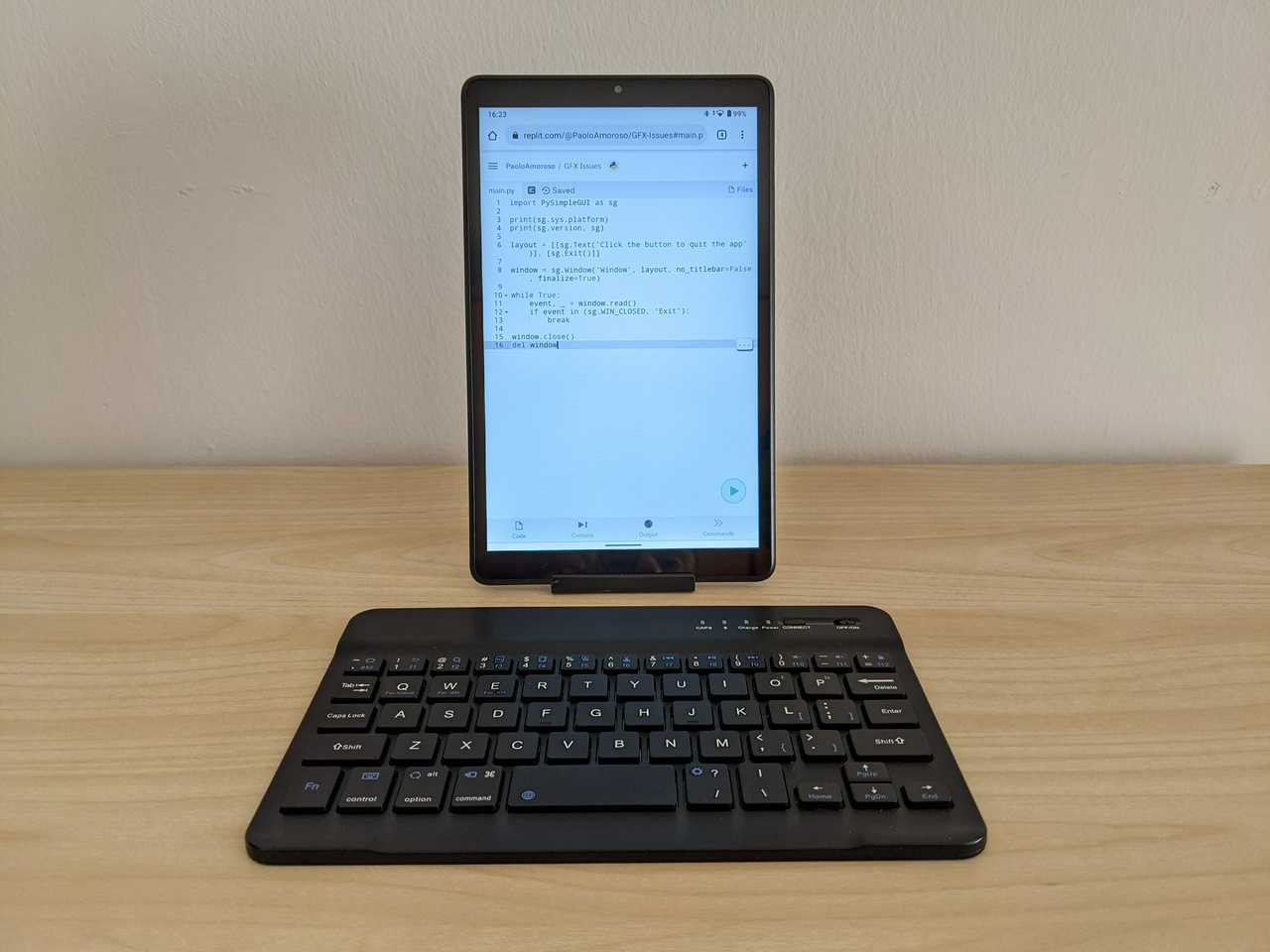 Despite the simplicity, it took me some trial and error to figure how to pair the keyboard and what keystrokes insert the symbols I need, such as accented letters. So I’m posting these notes in case you come across the same or similar keyboards.

The keyboard is a cheap, compact, plastic 7” chiclet unit that comes with a small foldable stand to hold a tablet or phone. To charge the keyboard I plug it into my Chromebox via the keyboard’s mini-USB port.

The product and packaging have no branding and Android identifies it simply as “Bluetooth Keyboard”. The Amazon listing indicates FREALL as the manufacturer and 7INKEYBD-BK as the model.

The instruction sheet isn’t of great help for learning how to operate the keyboard. The document is short, incomplete, and inaccurate. But reading the Amazon reviews helped me understand the pairing procedure. I discovered the rest by experimenting.

Although the keyboard can work with different mobile and desktop operating systems, I use it only with Android and this is the experience I’m sharing here. To pair the keyboard with an Android device:

After pairing is complete, on your Android device you’ll get a notification prompting to configure the keyboard by selecting a language and layout. This step may not be necessary.

From now on, to use the keyboard enable Bluetooth on Android and turn on the keyboard, which should connect automatically.

The keys hold up to four labels for entering symbols, controlling media playback, or executing commands.

Accessing most of the symbols or functions of a key is often self-explanatory. For example, to type a blue symbol on a key, press that key while holding the modifier key with the blue Fn label.

Typing other characters or executing commands not printed on the keys is harder, so I include below some lists of useful keystrokes.

You can directly insert the symbols in the following table by pressing the corresponding keystrokes. To type an accented character, press the keystroke that selects the accent you want and then press the character. For example, to get an e with a grave accent, è, press Alt +` and then e.

The keyboard accepts the standard Android keyboard shortcuts. I found a few more and listed in the table below the ones that are handy, little known, or frequently used.

To launch one of these apps, here are the corresponding shortcuts:

The keyboard lets you invoke other Android features and navigation actions. Here are the ones I found: