My memories of WordStar are fuzzy as I haven't been using it since the late 1980s and, even then, only on MS-DOS and not set up by me. So the errors for basic disk drive access functions I got from WordStar on CP/M surprised me.

My Z80-MBC2 and V20-MBC computers come with the word processor preinstalled, which runs under CP/M-80 on the former and CP/M-86 on the latter.

The e: drive holds the WordStar Release 4 files on the Z80-MBC2 with CP/M 3.0. I got an error about the program not finding its overlay files when starting it from a different drive, e.g. executing e:ws from F:. And the program's L command to change the logged drive to one other than A: or B: issued a file not found error.

Reading the manual clarified that, on CP/M-80, WordStar recognizes only A: and B: by default, but other drives can be accessed by installing the program with the INSTALL.COM utility or configuring it with WSCHANGE.COM.

The resulting configuration screen listed the valid disk drives, i.e. the floppy drives A: and B:, with the default where WordStar looks for the overlay files marked with an asterisk: 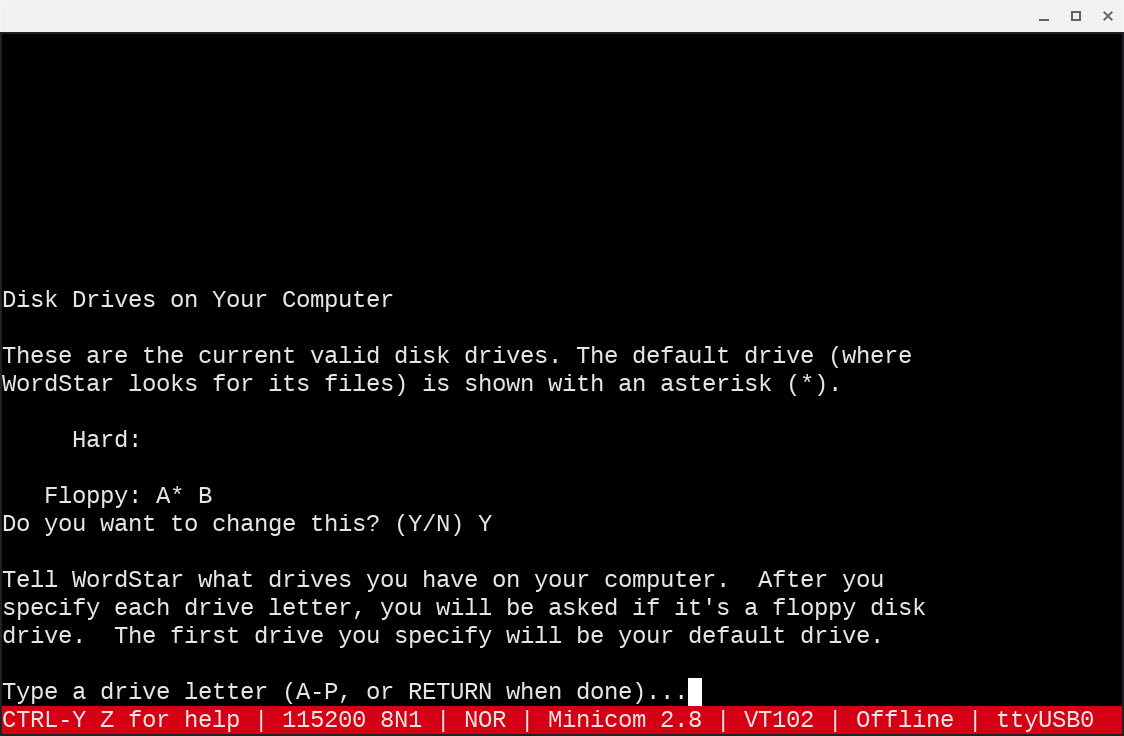 The screen also allowed to add the letters of valid drives one by one, with the first set as the default drive. I typed E as that's where WordStar's files are on the Z80-MBC2 under CP/M 3.0. Then I added more drive letters as the mciroSD storage of the device emulates the hard disks from A: to P:. For each drive I answered no to the question on whether it's a floppy: 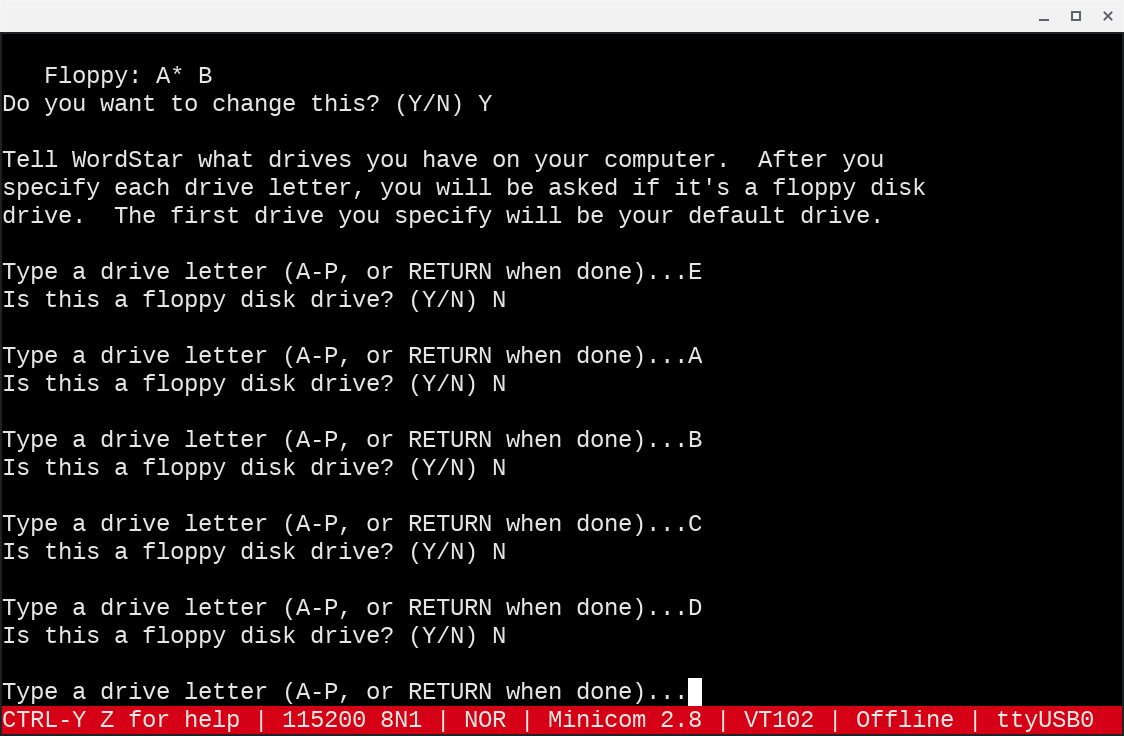 Finally, the configuration program listed the new valid drives, i.e. A: through P: with E: coming first to indicate the default drive: 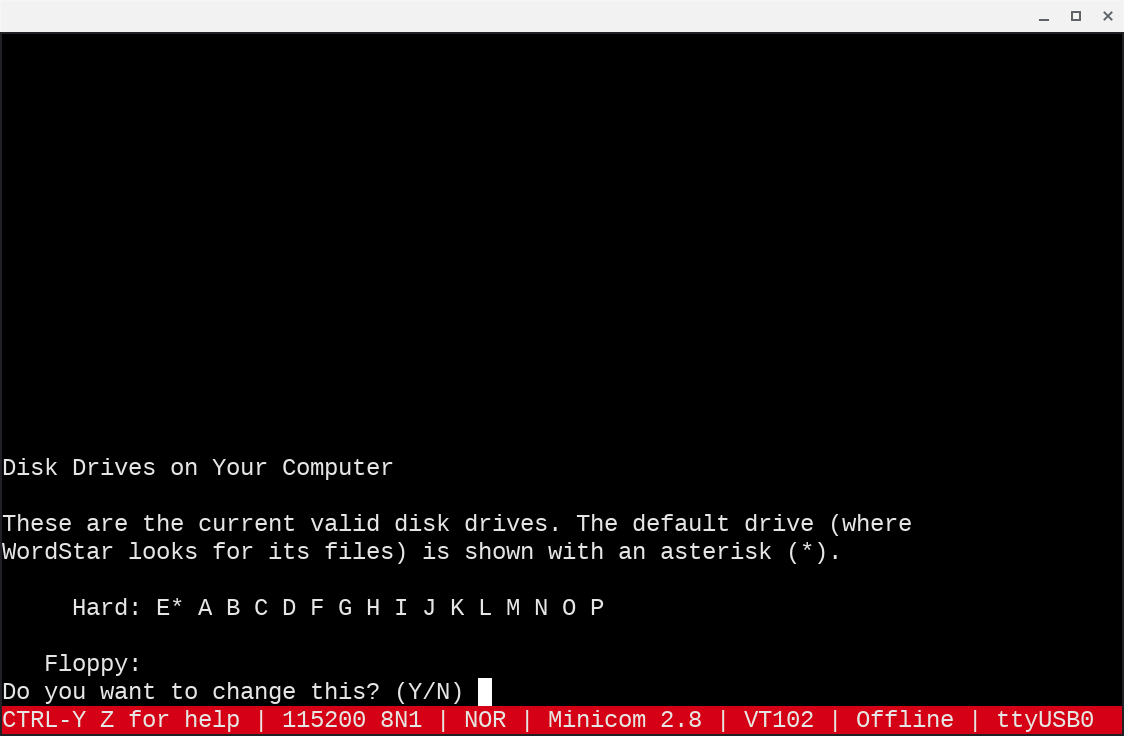 On the V20-MBC under CP/M-86, WordStar release 3.30 detects all the drives A: to P: out of the box, but the default drive where the program looks for its files still needed to be configured. No WSCHANGE utility comes with the word processor on my device, so I used the installation program WINSTALL.CMD to set C: as the default. C is where WordStar's files are stored on the V20-MBC.