That's why when stumbling upon CuteCom I eagerly checked it out. CuteCom is a graphical serial terminal program for Linux with a clean and simple user interface.

I tried it in Crostini Linux on my Chromebox connected to the Z80-MBC2 and the V20-MBC. The layout of CuteCom's window reminds me of the Serial USB Terminal app for Android which, unlike Minicom's single input and output area, has an input field separate from the output area.

The basic features of CuteCom are okay, but the program has major limitations when used with my homebrew computers. The main one is the program does no terminal emulation, doesn't support the escape codes for terminal control, and doesn't even properly align the output of a simple program like DIR. This screenshot of a V20-MBC CP/M-86 session shows the issue: 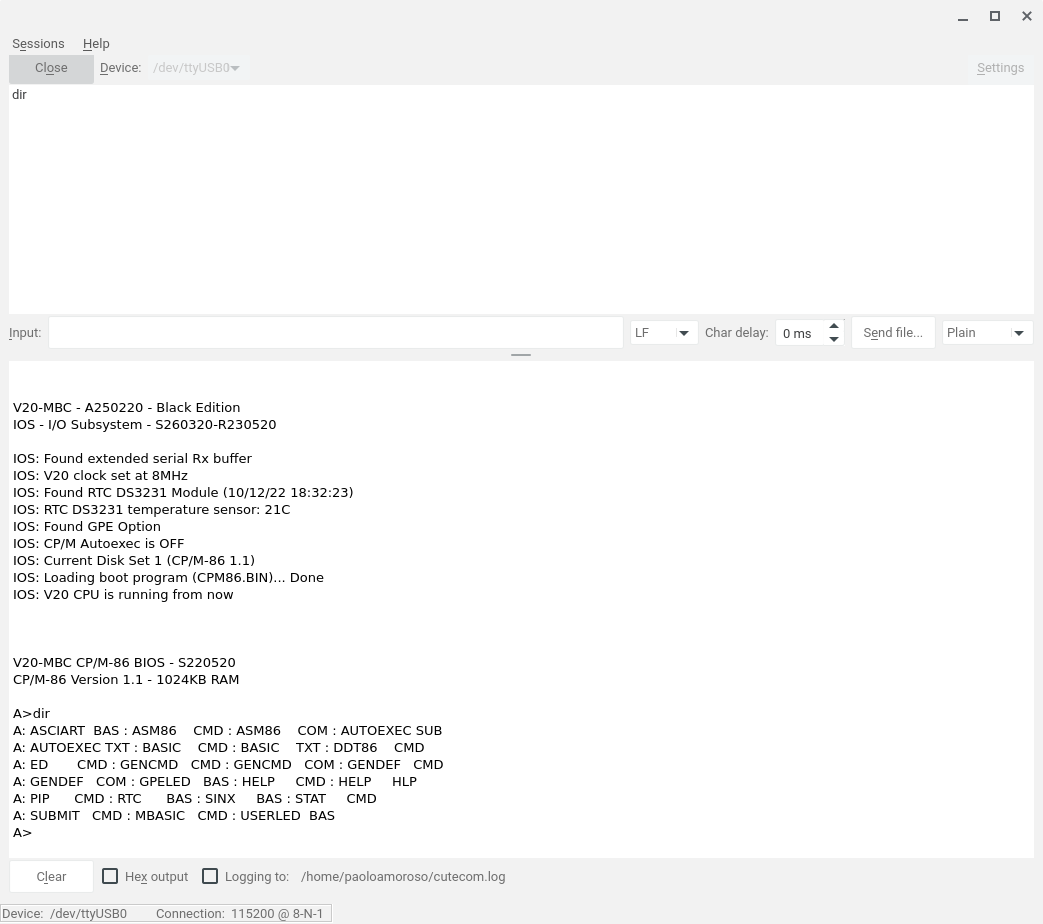 I checked out CuteCom also with the Z80-MBC2 and tried to upload a file with XMODEM to a CP/M Plus session. However, an error informed CuteCom was unable to start the Linux program sz. There were no other clues and CuteCom has no documentation, so I have no idea what may be wrong. sz seems correctly set up under Crostini.

The program is not a full terminal emulator to run programs that send terminal control codes to format the output. Instead, it's designed for the different use case of accessing electronic boards, embedded systems, and other devices via a serial connection, which typically produce line-oriented output.